How Grief Is Portrayed In Hollywood

There are few things better than curling up with a cozy blanket, some delicious dark chocolate, a glass of wine, and watching Netflix, amiright?! (it’s my perfect pandemic-friendly, or anytime activity, really)  And since I’ve been curled up a wee bit more on the couch these past couple of weeks I’ve noticed a trend and am wondering if you’ve noticed it too?

Historically, Hollywood (and the media) have glossed over grief by showing characters who, after the death of a loved one, are shown triumphantly (and rather swiftly!) moving on. They keep busy. They stay strong. They find love again. Or they’re told by well-meaning colleagues and friends in the emotional violin-driven cinematic scene ‘OMG, don’t cry!!!’ and then are ultimately advised that with a little time, all wounds are healed.

Hollywood often perpetuates these myths of grief, and it’s infuriating.

When the media doesn’t show the messy, awkward, confusing, ugly, heartbreaking and uncomfortable journey from loss to the reality of life after loss, it makes us feel like we’re doing it all wrong. That we basically suck at grieving. We’re left wondering where the scene is where we miraculously move on to a bright, glossy future?

I want you to know, you’re not doing it wrong.

Thankfully, Hollywood is slowly starting to portray more of the messy, uncomfortable but decidedly more realistic and relatable side of grief.

Which is a really good thing.

Because we need to see our experiences reflected back to us, to see that other people feel this way too sometimes. We need to know we aren’t the only ones walking around in a proverbial fog, or bawling our eyes out for days on end, or struggling to get out of bed, or raiding the pantry (or not eating at all), and wondering if we’ll ever laugh again.

So, let’s shine a light on what shows ARE doing a great job of showing grief….especially since we’re all knee deep it in now during this global pandemic and looking for wonderful shows to watch.

After Life with Ricky Gervais (Netflix)

I literally stood up in my living room and applauded this show. It’s such a beautifully honest, raw, emotional, and authentic portrayal of the grief the main character experienced after the death of his wife. This is what I wrote on social media after seeing it:

Yep, ALL the feels (and more) are delivered in what I deem to be the best.damn.show to thoughtfully explore the depths of grief from the magnificent mind of @rickygervais. ⁣’After Life’ is airing worldwide now on #Netflix and I encourage every.single.human.being reading this to sit down and watch this phenomenally written show about life, after death.⁣

Because it will make you want to be a better person.⁣

Which is one of the most beautiful gifts of death. But we’re often so damn scared of the pain that we leave these magnificent gifts unopened.⁣

For example, when a friend is grieving the death of a loved one we say things like ‘I can’t possibly imagine what you’re going through.’ No, you CAN imagine it, you just don’t WANT to. Because in order for you to empathize with your friend, you need to connect on a deeper level with the same painful emotions within you. And if you haven’t processed those emotions in yourself, you’ll fear a tsunami of tears will drown you so you slam the door on the connection and love that was desperate to be opened. ⁣

It’s not your fault. We weren’t taught HOW to surf the wide waves of emotions that surface after the death of a loved one.⁣ But death is a part of life, which means we’re equipped to deal with it. (I wrote a blog post on how to honour and process your emotions through your sacral chakra which you can check out here).

#RickyGervais – THANK YOU for sharing your comedy, wisdom, brilliance, and love. This was such a courageous piece of art. Now everyone, GO WATCH IT.⁣

The main character, ‘Fleabag’, responds to death by becoming obsessed with casual sex. And yes, grief sex is totally a thing! Patti Britton (a clinical sexologist & sexuality educator) says, “Grief…is about a loss of closeness – a loss of intimacy. That’s why our libido kicks in: to fill that void.” Helen Fisher (a biological anthropologist) echoes her thoughts by saying that grief sex is “…a distraction from the pain of grief – we’re flooded with dopamine during sex which gives feelings of optimism, energy, focus and motivation.” (And who doesn’t want more of that, especially when you’re feeling so damn lost?) I’ve always loved the British sense of humour and Phoebe Waller-Bridge is frickin’ brilliant. No wonder she won the Emmy’s for both Outstanding Comedy Series and Best Actress. 👏🏼

This is a fantastic show for a lot of reasons but season 2 shows how everyone is dealing with the death of Alexander Skarsgård’s character in different ways. It’s messy and complicated and dark. This powerful scene with the incomparable Meryl Streep will give you a little taste of what to expect (click the picture above to watch it).

Dead to Me (another one you’ll find on Netflix)

This shows how the 2 main characters (played by Christina Applegate and Linda Cardellini) also deal with death in different ways. One with biting anger and the other with a forced, sunny disposition – it’s a great contrast (season 2 coming soon too!)

Okay, so it’s not a TV show or movie but this song is definitely worth mentioning. It’s a beautiful song about some of the intangible parts of grief (which we just talked about over here). It’s a musical eulogy to his father (who is dying of kidney disease) called “Monsters”. It’s an emotional song so have your kleenex ready.  I love that James dismantles a bit of the belief that men have to be strong by crying in the video because…newsflash, YES, men do cry! (click the pic below to hear the track)

I’d love to know which movies, shows, or songs you think do a brilliant job of portraying grief or have helped you through yours. Join me over on Instagram or Facebook where we’ll continue the conversation.

p.s. I know we’re all going through a lot right now and I’m here to help ease the burden. Sign up for my newsletter to hear about upcoming online workshop announcements focused on navigating loss, vulnerability, and uncertainty with greater ease and calm. ✨ In the meantime, know you can sign up for a free 30min Lifeline session so we can talk through whatever is coming up for you. 💛 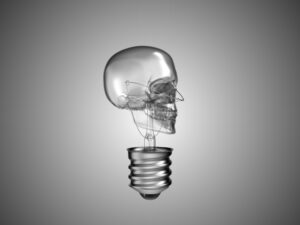 Helping to shine a light on a dark time. 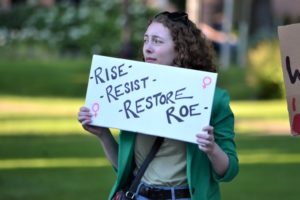 Grieving our right to choose

When you get ‘the call’ 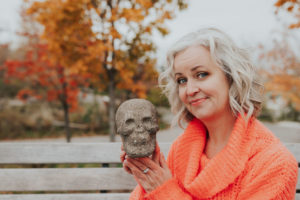 Is your fear of death limiting your life?

It’s a common fear, but not necessary. 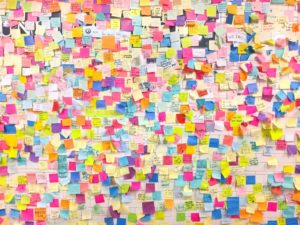 Getting to know your emotions

Once we identify our emotion, what do we DO with it? 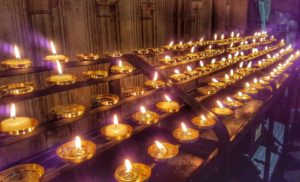 What happens when we’re ALL grieving?

When tragedy strikes some of us it affects ALL of us.